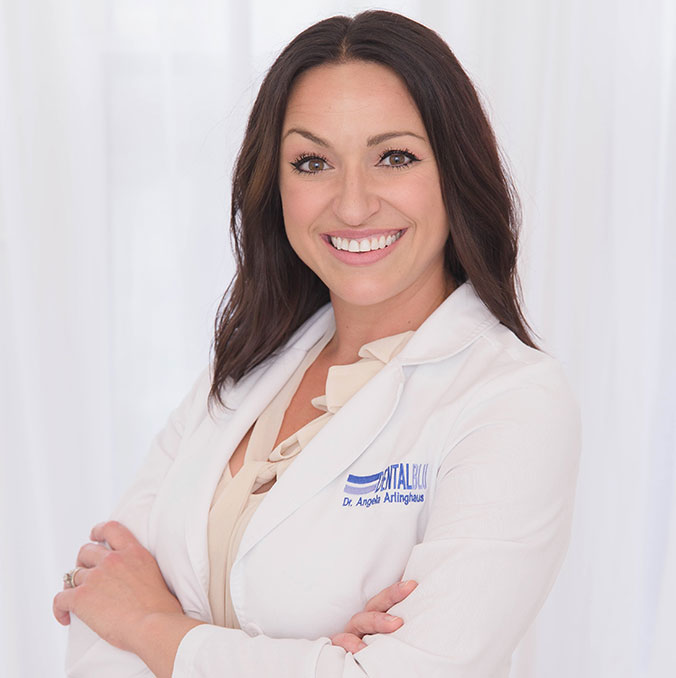 Dr. Arlinghaus was born in Indianapolis, IN but shortly moved with her family to Ft. Mitchell, KY. She attended Beechwood Independent Schools where she met her future husband, Ryan. She received her undergraduate education at The University of Kentucky and received her Bachelors of Arts in Chemistry.

During her undergraduate studies, she decided to pursue her career in dentistry. Her mom being a certified dental assistant most of her life and her sister being a dental hygienist, Dr. Arlinghaus was always surrounded by dentistry and realized her own interest in dentistry as a career. She attended The University of Louisville School of Dentistry . While in school, Dr. Arlinghaus was awarded the Quintessence Book Award for Excellence in periodontics and hygiene. Two months prior to graduation, Dr. Arlinghaus had the proudest moment of her four years in dental school-she and Ryan welcomed their son, Wyatt, into the world.

Following graduation, Dr. Arlinghaus moved back to Northern Kentucky in 2012 to practice as an associate dentist with Dr. Depp. She is very excited for the opportunity to provide premier dental care to the community and region in which she was raised. Dr. Arlinghaus lives in Northern Kentucky with her husband, Ryan, and two sons Wyatt and Roman, and daughter Adeline. 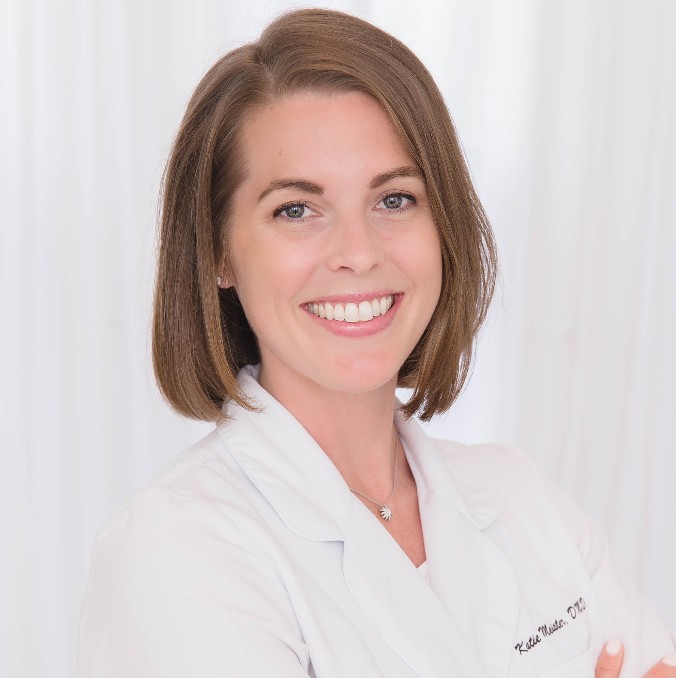 Dr. Meister is a Northern Kentucky native and has been in private practice for over 10 years.  She grew up in Edgewood, KY and graduated from Notre Dame Academy.  She earned her undergraduate degree at Butler University and graduated from the University of Kentucky College of Dentistry in 2010.  She went on to complete a 1-year Advanced Education in General Dentistry (AEGD) residency at the University of the Pacific in San Francisco, CA.

Beyond her commitment to provide the best dentistry, Dr. Meister values continuing education and growth.  She is a member of the American Academy of Clear Aligners where she keeps up with the latest and greatest in Invisalign technology.  She is also a member of a local Spear Study Club that meets with specialists and other general dentists to discuss comprehensive dentistry.

Outside of dentistry, Dr. Meister loves to travel with her husband and their 3 children.

Find us on the map

Reviews
Google Reviews
Rating
279
reviews
Write a review
Where do you want to leave a review?
This entire office is outstanding!! They have resolved a problem with a front tooth with a cosmetic, but more importantly a functional plan. When you Google "professional, friendly, and extremely patient,"Dental Blu, Dr. Meister, Peggy, Betty, Meg and all staff will come up. I can be high maintenance when it comes to dental work, but you wouldn't have known that here. This was my first visit after a second opinion. They are my new dentist office and my grandson will be transferring here as well.My previous dentist retired and his replacement is a poor substitute and instilled no confidence.Thank you Dental Blu, thank you Dr. Meister, you gave me back my smile, ability to eat, and confidence!!!
Read more
Posted on
Google
Debbie Reker
7 days ago
First visit, my old Dentist retired.Staff was really friendly and great to work with, I would highly recommend them!
Read more
Posted on
Google
Marty Bechtel
15 days ago
Thank you Dr. Arlinghaus & staff! State of the art the equipment, my comfort is cared for, attention to detail, knowledgeable, brave, artistic. My teeth are grateful & I look great!
Read more
Posted on
Google
Rachel Smith
22 days ago
The entire staff is welcoming and kind. The clinical staff are gentle, and highly trained.
Posted on
Google
Sande Caldwell
22 days ago
Very thorough and professional. They use the latest technology and provide explanation of what they are doing and why. I left feeling that they will take excellent care of my teeth and me!
Read more
Posted on
Google
Ginger Hettesheimer
1 month ago
This place is awesome had a tooth aching they got me right in and removed my wisdom tooth with no problem.
Read more
Posted on
Google
Lance Mockbee
2 months ago
They were able to get me in the same day for a chipped tooth. Dr Depp did a superb job... I'm very pleased with the repair!
Read more
Posted on
Google
Randy Clark
3 months ago
Everyone at the office is very sweet and willing to make your experience as pleasant as possible! Even if you have a major fear of the dentist, you should consider giving Dental Blu a try!
Read more
Posted on
Google
Erica Vogel
4 months ago